WHAT IS THE GOTHICAT FESTIVAL

The Gothicat Festival was born at the beginning of the Covid-19 pandemic. It started as an online charity event for raising money to help the fight against the virus. At the same time, The Gothicat festival kept the dark independent music scene from all over the world together, feeling united and alive during the lockdown.

Since the release of the  first flyer, there was a huge response from both, bands and audience. And directly from the very beginning people started to dream about a “real” Gothicat Festival – a live event  like the music festivals used to be before the pandemic.

The First Edition, hosted by Andre Savetier of “The Wave of Things” was streamed during the first Corona virus lockdown on Sunday 12th april 2020 and got incredible feedbacks from all over the world. Here the numbers:

10K people Online during the stream

The emergency due to the Covid-19 pandemic has brought the entire music and culture industry to its knees.

The Gothicat Festival, now in its VI. edition, despite all difficulties, wants to be there  and meet all the people involved to re-start together.

With every new edition, the world of the Internet comes together to create something that is going to be legendary forever. And so the idea of a  brand-new festival turned up, on the largest scale, “designed by goth people, for goth people”.

The main idea is a weekend festival in central Europa sometime between April and October 2022.

Maybe inside a “bigger “ club or either an outdoor festival.

This all stand and falls, with the amount we might be collecting with fundraising.

The more people sponsor/donate – the bigger will be the line-up.

HOW YOU CAN CONTRIBUTE TO THIS PLAN

We are happy about any donation, even small ones count. We think our goal is a good amount to create a cool fest.  If the goal won’t be reached, we will post polls on the official GF Group/Event to ask the music community how to spend the raised amount: e.g. a smallest event, or forward it to charities.

This real live festival will have a ticket cost and 100% of money raised will be used to cover costs.

We are not event maker and we hope  to keep in touch with European promoters/bookers interested later this autumn.  We will ask people about all the festival options(venues, countries, line up and so on) and  will post constantly about the progress of planning.

At moment we can’t promise rewards but we’ll try  to have the lowest ticket cost possible.

We know other people in the past had bad experience in projects like this, so we will close the crowdfunding and use the funds only if we will 100% sure to do a really cool festival.

The activities we would like to realise mainly include concerts and live shows.

The gainings from the fund will be used to cover the costs incurred in the production of the Festival such as:

For a lot of the people Gothicat Festival is still among the highlights of the last year, thousands and thousands people  listened to, watched and shared the stream. if each person just contribute, also a  with a symbolic donation, we would have the possibility to realize something unforgettable. 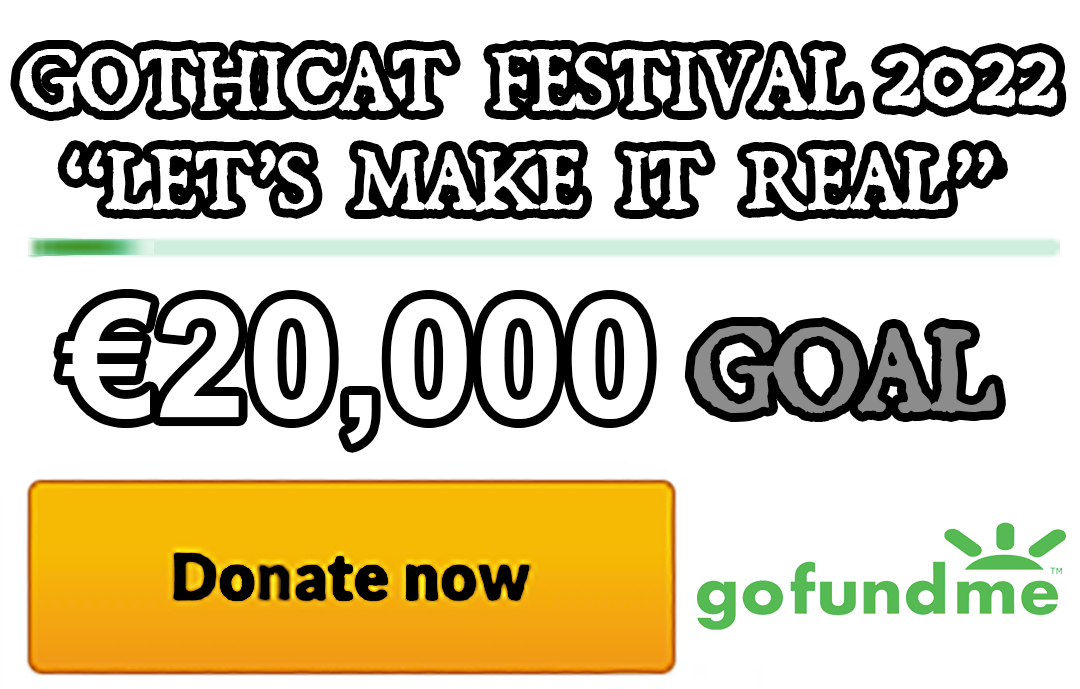 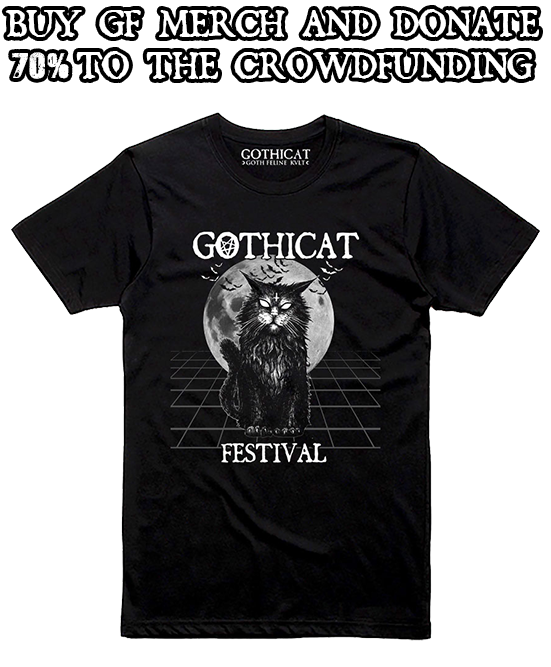